If desired, choose a Category and/or Department to filter results.

Live at the Hilde

Building upon Plymouth’s reputation as a place for great music, the 2019 Live at the Hilde concert is set for Saturday, Aug. 17.

Live at the Hilde is presented by Sue McLean & Associates and The Basement Bar. 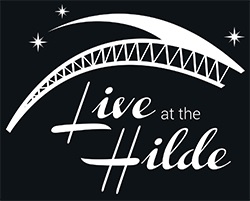 BoDeans
After multiple chart-topping radio singles and TV placements, BoDeans have defined a generation that embraced songs like "Good Things," "You Don't Get Much," "Idaho," "If It Makes You," "Closer to Free," "Stay" and "All the World." They have released 12 studio albums with ten records that hit the Billboard Top 200 Chart and numerous singles on the Mainstream Rock, Top 40 and Triple A radio charts.

GB Leighton
More than 200 shows a year. Jubilant fans who follow him from Minnesota to Mexico. More than 70,000 albums sold. A crushing live-performance DVD. And now even a state-of-the-art nightclub named after one of his songs – all without the support of a major record label... Meet GB Leighton, a band named after one of the region’s most incendiary live performers and consistently solid songwriters, Brian Leighton. Through more than a decade and nine studio albums, Leighton and his six-piece band have been tearing up rock clubs, church fundraisers and even a few fan’s living rooms with a slew of songs that connect with the heart and couples singing along out on the dance floor.

DJ Shannon Blowtorch
Shannon Blowtorch is an award-winning DJ, promoter, sound engineer and entertainment consultant previously recognized by City Pages and Star Tribune as the best Best Club DJ in the Twin Cities. She has toured nationally and internationally, is the DJ with the rap crew GRRRL PARTY and has a weekly Saturday night show on The Current.

Note: Due to health reasons, The New Standards are no longer able to perform at Live at the Hilde.